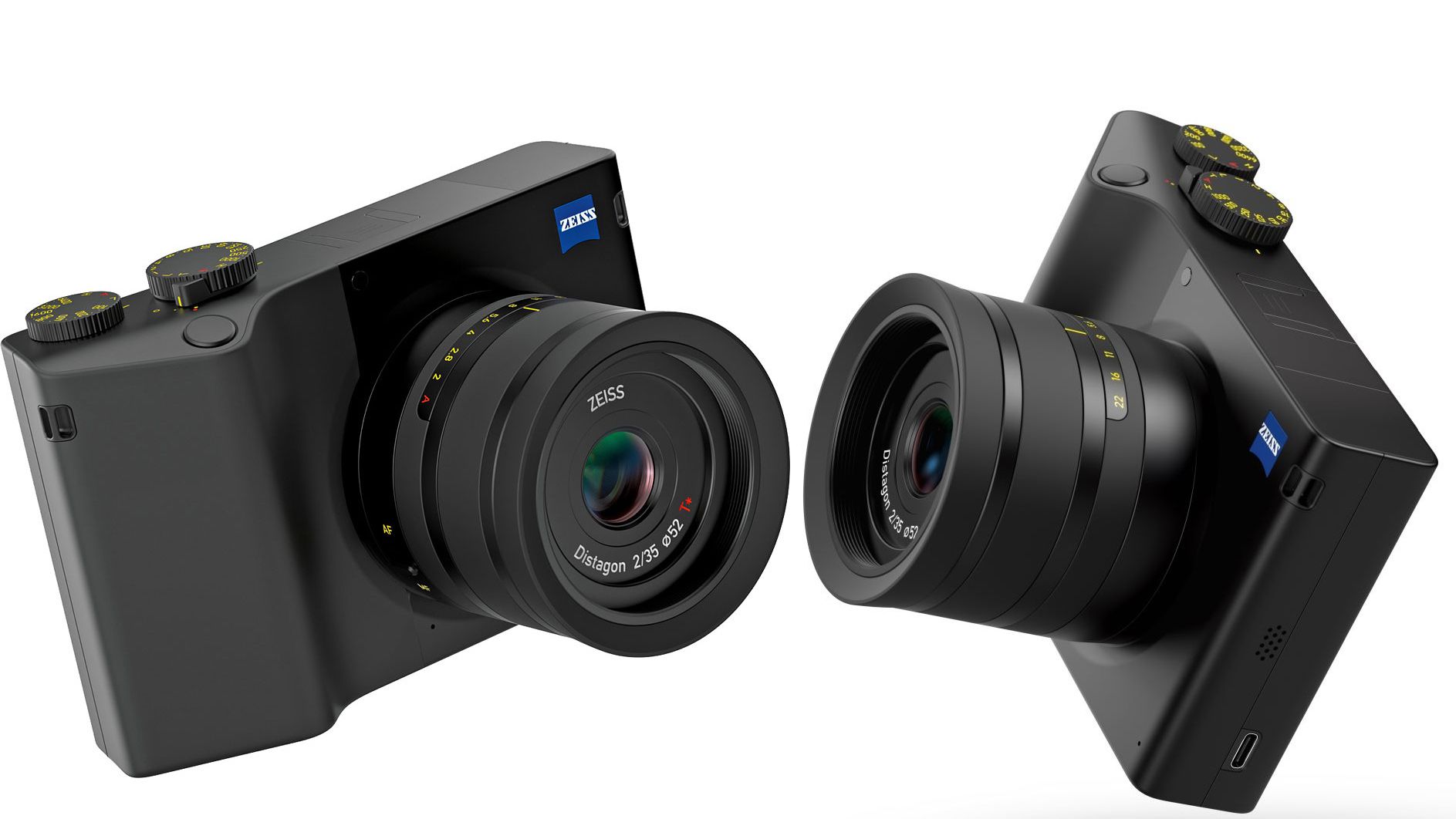 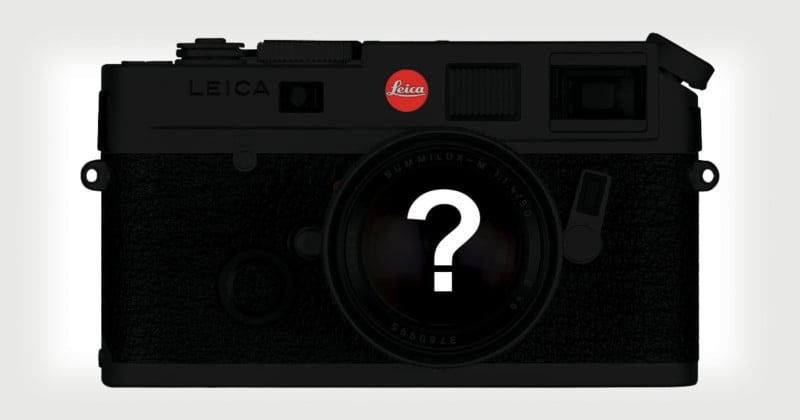 In the eyes of many, 35mm film photography was snuffed out in the early 2000s. But a small, dedicated fan base has continued to smolder. For all intents and purposes, Leica launched the 35mm camera. And it seems that nearly a century later, they are still committed to fanning the flames that they themselves ignited.

Word on the street is that Leica may offer a budget-friendly 35mm rangefinder camera to join their current MP and M-A 35mm models sometime in 2021.

This got me wondering; what form might the new hypothetical camera take?

It will surely be an all-metal and manual M-mount rangefinder camera that looks and feels true to the Leica legacy. But how will Leica provide this for the rumored $2,000 to $3,000?

Let’s take into account that Leica has always built the most expensive 35mm cameras in the world. But now they’re taking aim at a demographic who have grown accustomed to buying sub-$300 Japanese antiques, albeit of very high quality, courtesy of rapid market devaluation.

The first and biggest cost-saver can be found in the very first thing that people think of when they think of Leica; Germany. Leica recently announced a line of budget M-mount lenses that will be assembled at their Portugal plant. German labor has always commanded a premium so it seems obvious that an affordable Leica cannot be emblazoned with the coveted MADE IN GERMANY engraving. This isn’t the first time that Leica built a 35mm camera outside of Germany though. Many M4’s and even some M3’s were actually made in Canada.

The finely engraved brass top plate of Leica cameras is cherished by classic camera enthusiasts. But decades of M5 and M6 models featured a molded zinc top plate and I think that we can expect to see the same for this new Leica M. They may even choose to use magnesium alloy such as Cosina did with the Voigtlander Bessa series. This move on materials would not only reduce the cost of the new M but it would maintain an important distinction between Leica’s premium and budget 35mm cameras. Leica has experimented with this before when they released special edition M6 TTLs with brass top plates instead of their conventional zinc ones.

The body must follow the same form and size as the MP and M-A, both to maintain Leica’s timeless styling but also so that fewer unnecessary changes to the innards and tooling will be required. Leica is all about simplicity.

Many new Leica shooters would probably like to see conventional film loading such as the Voigtlander Bessa series offered. This threatens the iconic Leica rangefinder silhouette and handling though. So I think that the new Leica M will be a bottom loader, sharing the same bottom plate with the MP and M-A. Not reinventing the wheel will minimize costs and extend history.

Leica could even save money by returning to the loading style of its earliest products. They might exclude the rear film door altogether. Doing so might further alienate and discourage some, but seasoned Leica shooters probably wouldn’t miss it and the difference would be another feature to keep new Leica shooters saving for the MP or M-A as a second body or upgrade.

We will probably see a conventional rewind crank assembly. The MP and M-A returned to the early Leica gnarled knob rewind, for a retro nod and also for better reliability. However, it’s cheaper to build a componentized rewind crank than to mill a knob out of a solid chunk of metal. Since the top plate will have to be different, it wouldn’t be a big deal to make an M4-type angled rewind crank. I also think that a crank will appeal to new Leica shooters more than a knob and is another way for Leica to recognize another unique styling cue in their history.

I could see the viewfinder/rangefinder on the new Leica M go one of two ways.

Leica could fit this camera with the same VF/RF used on the MP and M-A. If they do this, they will skimp on small features. While the baselength will remain at 68.5mm and magnification will remain .72x, the outward-facing optics will not be UV coated and the condenser lens will be omitted. These items aren’t essential to the assembly and were not featured on M6’s either. The result would be an accurate rangefinder but less pretty viewfinder.

I tend to think that they won’t go this route because it probably won’t shave enough of the cost or do anything to inspire rookies.

I imagine that Leica will shorten the rangefinder baselength and/or magnification as a further distinction from the MP and M-A and because they can use parts from their digital rangefinders where they’ve already made this trade-off. Doing so saves not only on the assembly cost but also in providing service because the adjustments will be less fine. Because the top plate will not be shared with the MP or M-A, Leica is free to install whatever VF/RF inside it that they see fit. Shortening the baselength and/or magnification would result in a prettier viewfinder but less accurate rangefinder. Leica used short baselengths and high magnification on their early screw mount cameras and Voigtlander sold many 35mm rangefinders in the early 2000s which had short EBL’s, largely because the viewfinders were so bright and clear. For photographers using a 50mm f2 or 35mm f2 as go-to lenses, a shorter effective baselength will be totally adequate and impress the eye on an enjoyment-of-use level.

From the beginning in 1954, every Leica M has had automatic framelines. You mount a lens and the correct framelines for it appear in the viewfinder. I cannot see any reason why Leica wouldn’t just ditch the automatic framelines. Only professional photographers really need this feature and of them, many probably wouldn’t miss it. Leica will retain the front-mounted frameline selector and simply lose its automatic linkage. What framelines will be available? 28mm, 35mm, 50mm, 75mm, 90mm, and 135mm – just like the MP and M-A with .72x finders. Doing this allows Leica to use the same frameline mask in their existing cameras and encourages shooters to buy more Leitz lenses every time they look in the eyepiece!

Leica shooters love the solid brass film advance lever fitted to the MP and M-A so much that many buy them to be retro-fitted to older Leica models that used a combination metal and plastic hinged advance lever. I expect that we’ll see a return to the segmented, plastic-type lever or something like it.

The Leica MP features a beautiful built-in three LED meter. Leica eliminates electronics all together in the M-A. While it’s obviously cheaper to eliminate the meter, newer/budget shooters will sooner buy a used M3 or M2 before they buy a new Leica without a meter. In order to be successful, the new Leica needs to weigh in cheaper than or about the same as a used M6 and it has to be at least as well featured. A version of the new camera without a meter could become an option later, just like the M-A was to the MP.

Leica will likely have to outsource a cheaper meter than what is in the MP. Luckily, there have been a lot of improvements to small, digital light meters since the MP was introduced. Again, this will be a point of distinction between the new Leica and the MP. The new meter can perhaps have a narrower sensitivity range, perhaps a wider angle of measurement and not be as bright/informative as the MP meter. But as long as it’s got a three LED display, I think that shooters will buy into it over the two LED M6 and potentially the unsupported three LED M6 TTL. OLED displays have been popular in accessory meters lately. A swing needle display would be interesting to throw in the mix but is unlikely.

The shutter and principal mechanisms will be more or less identical to those found inside the MP and M-A. A steel gear might be substituted with nylon for example. But I think that Leica has historically demonstrated that they don’t fix that which is not broken. And it will be cheaper to manufacture and support the same innards across three camera bodies than change things up for one. Additionally, this will give the photographer the confidence and enjoyment that they’re looking to get out of operating the camera. Even with a plastic advance lever and cheaper shutter dial and rewind, photographers will still feel that classic, quiet, smooth mechanism below.

An electronically timed shutter such as Leica employed for the M7 with aperture priority mode would be cheaper for most manufacturers to build and could be another outsourced part. While some shooters would like to have an aperture priority Leica, the M7 was discontinued only two years ago so this doesn’t indicate a strong enough market for that kind of product. I also think that this just isn’t in Leica’s wheelhouse so they’ll stick to what they can do well rather than take unnecessary risks on an already surprising product.

So those are my thoughts on what we can expect, assuming the rumors are true, from a new Leica 35mm M-mount rangefinder camera. You probably have your own theories and personal boxes to check that would inspire you to buy a new Leica camera. Let me know your ideas in the comments and hey, what is this camera going to be called? M1? MP-A? M6-P? Let’s keep the fire burning. Thanks for reading and happy shooting!

About the author: Johnny Martyr is an East Coast film photographer. The opinions expressed in this article are solely those of the author. After an adventurous 20 year photographic journey, he now shoots exclusively on B&W 35mm film that he painstakingly hand-processes and digitizes. Choosing to work with only a select few clients per annum, Martyr’s uncommonly personalized process ensures unsurpassed quality as well as stylish, natural & timeless imagery that will endure for decades. You can find more of his work on his website, Flickr, Facebook, and Instagram.