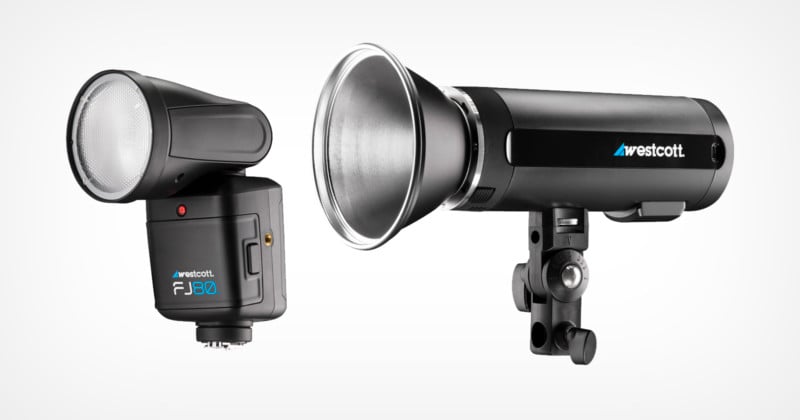 Westcott has announced the new FJ200 wireless studio strobe and FJ 80 speedlight which join the FJ400 as part of the FJ Wireless Flash System. Both feature compatibility with Westcott’s wireless trigger system.

The FJ80 is what the company is calling the first round-head, touchscreen speedlight and includes an integrated transreceiver that works with the FJ wireless trigger system. The FJ80 joins a short list of round-head speedlights that includes the $1000 Profoto A10 strobe. In contrast, Westcott’s speedlight costs just $330 and boasts many comparable features. 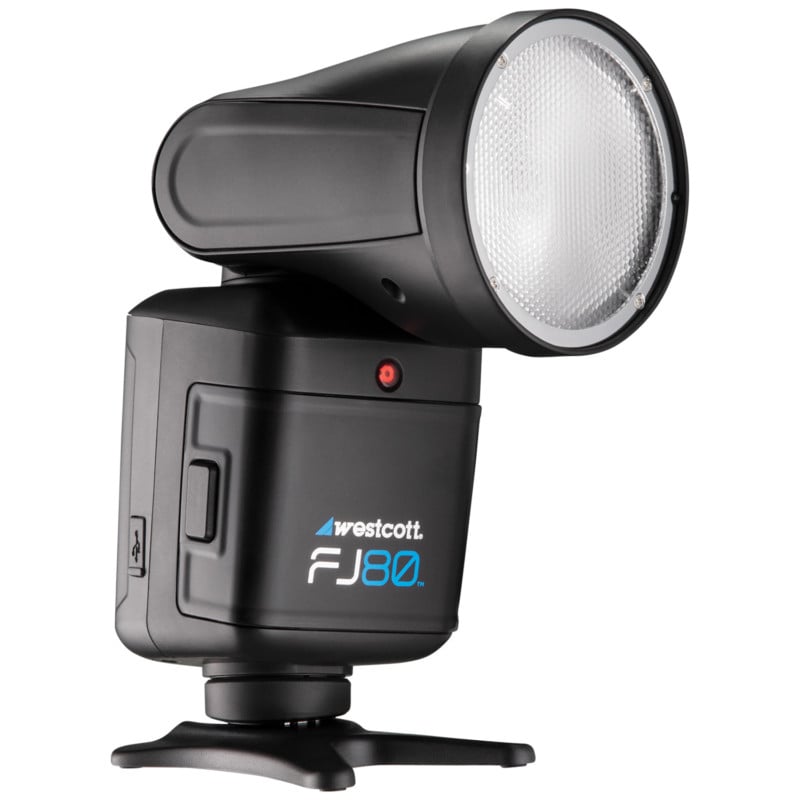 The FJ80 has an 80 Ws maximum power (compared to the A10’s 76 Ws max power) as well as a 3-watt modeling lamp with an output within 200K of 5600K, support for high-speed sync (HSS) up to 1/8000s, front and rear curtain sync, continuous capture up to 20 frames per second (dependent on your camera model), automatic memory recall, group and channel assignment, group exposure compensation, and more. It features a recycle time as low as 0.05 seconds and as high as 1.2 seconds. It can be charged from empty to full in about two hours. 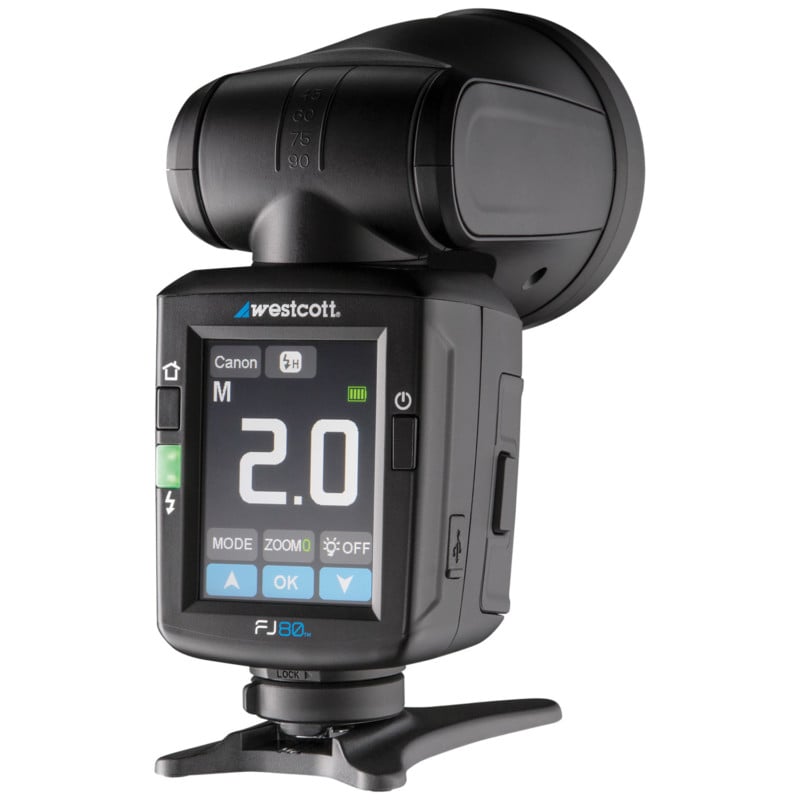 Perhaps most notably, it features a large 2.8-inch, visually impressive color LCD rear touchscreen that is used to adjust settings. 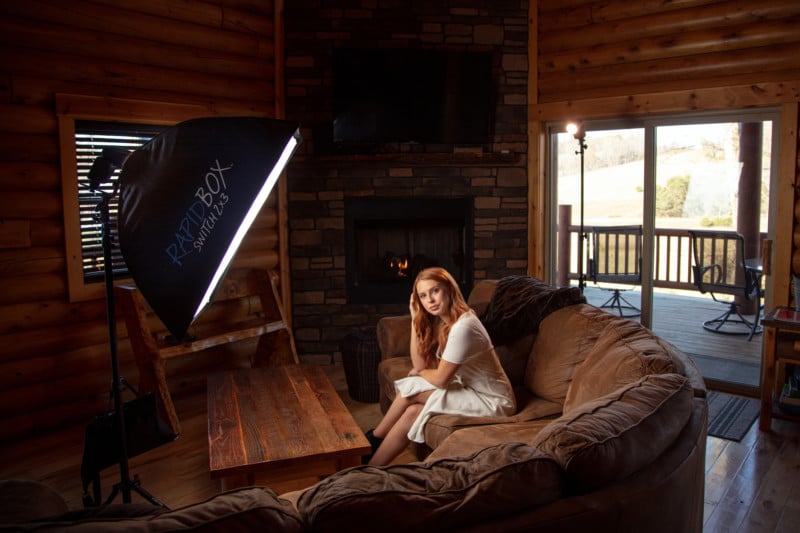 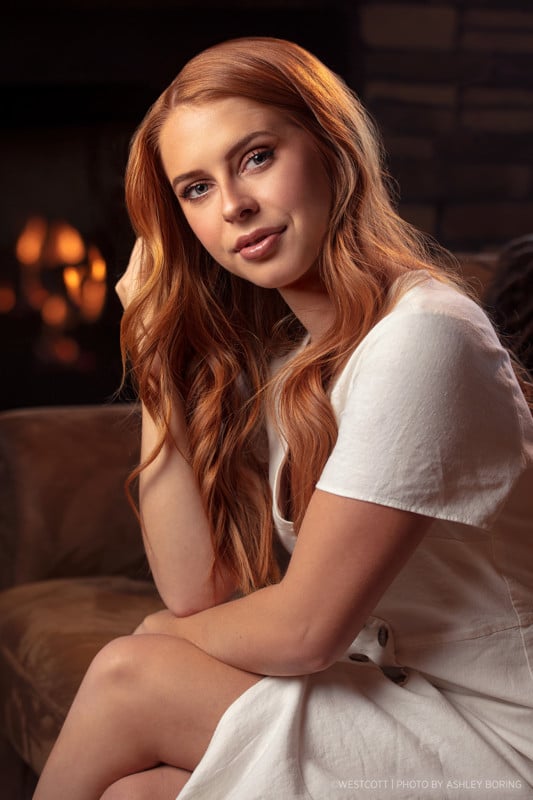 The FJ200 retails for $400 and is a compact, battery-powered 200 Ws strobe that the company says “fits int he palm of your hand.” Westcott claims the FJ200 is the fastest 200 Ws battery-powered strobe on the market with an “industry-leading” 0.05 to 1.3 second recycle time (lowest to highest power setting). Westcott says that the strobe can output 450 full-power flashes per charge and maintain color temperature stability throughout that time. It can be charged from empty to full in about two hours. 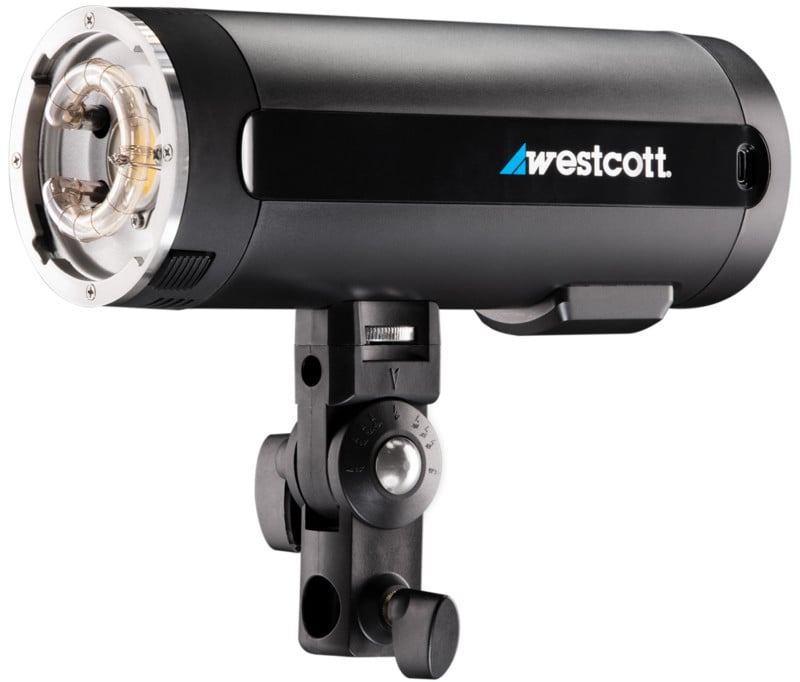 The strobe features a rear color LCD display and supports manual and TTL flash modes, HSS up to 1/8000s, front and rear curtain sync, “Freeze Sync” up to 1/20,000s, continuous capture up to 20 fps (again dependent on camera model), automatic memory recall, group and channel assignment, group exposure compensation, and a 5-watt modeling lamp with an output within 200K of 5600K. 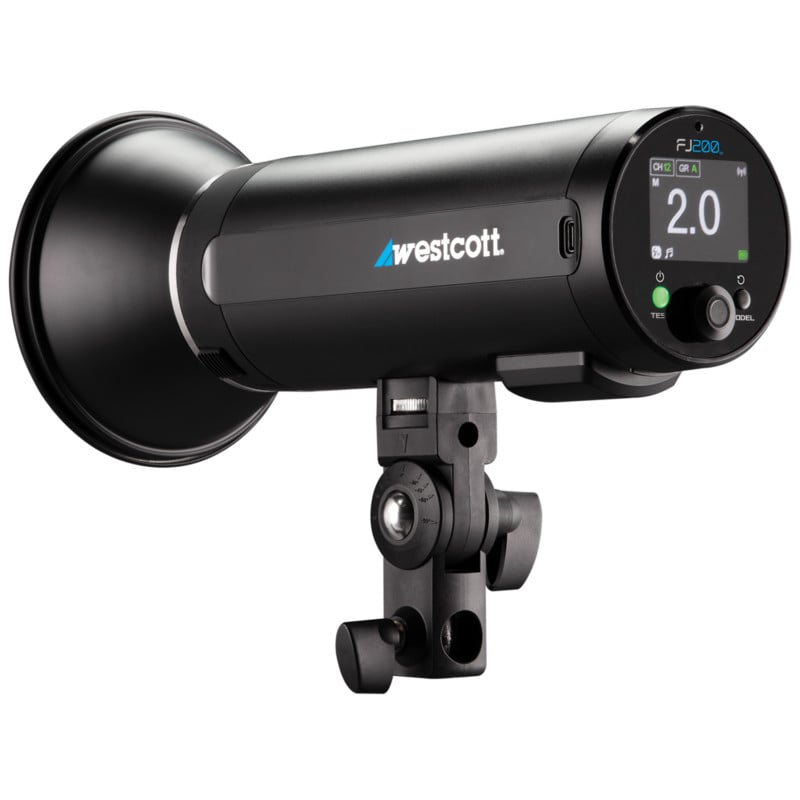 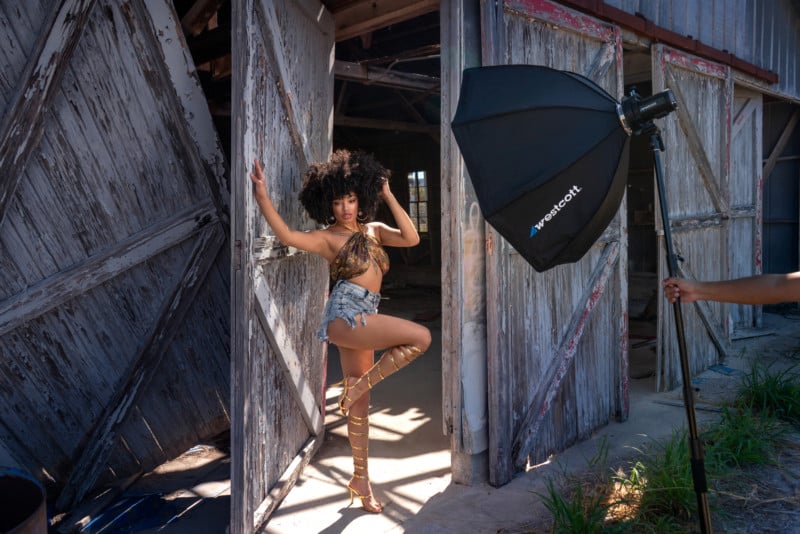 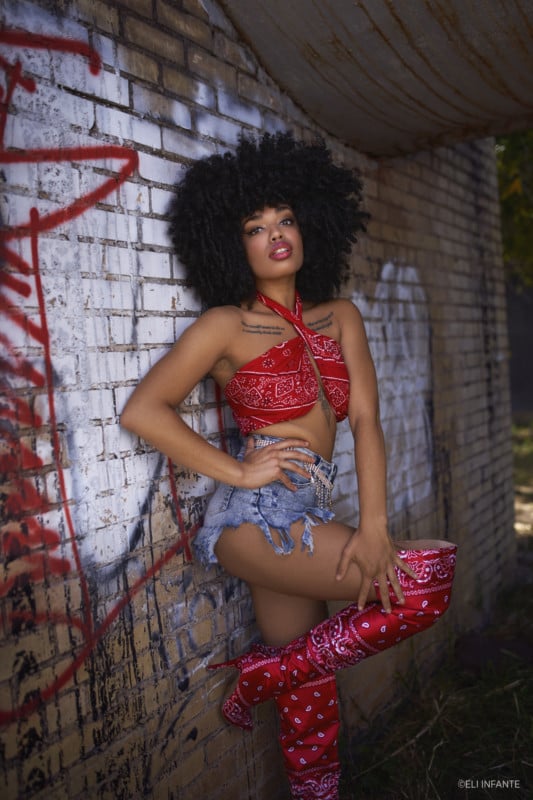 Both the FJ80 and FJ200 have an impressive 328 feet of wireless range and are both controlled via the camera-brand-agnostic FJ-X2m Universal Wireless Trigger. The FJ80 can act as both an off-camera flash as well as an on-camera flash and wireless trigger for other strobes in the FJ Wireless system. The FJ-X2m and the FJ80 are compatible with most Canon, Nikon, Sony (with adapter), Fuji, Panasonic Lumix, and Olympus cameras. The FJ200 strobe can also be controlled by a Canon RT transmitter.

Additionally, both the FJ80 and FJ200 are built with a USB-C terminal that will allow for firmware updates from Westcott in the future. 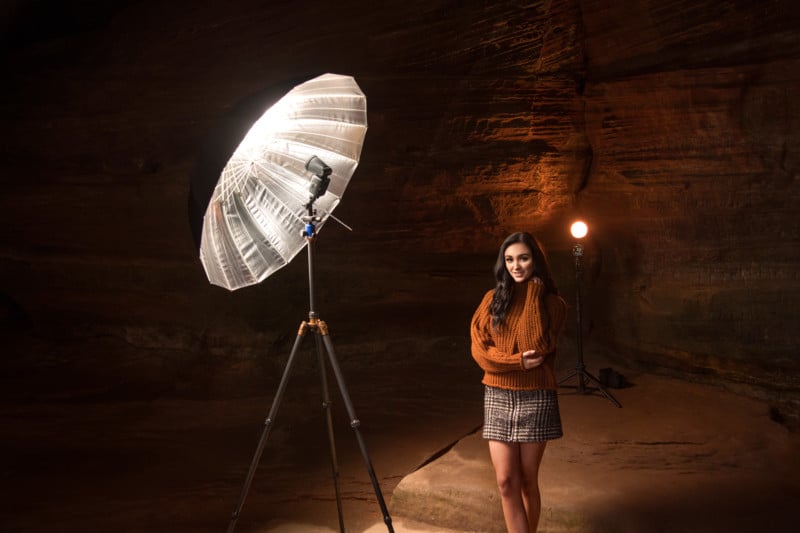 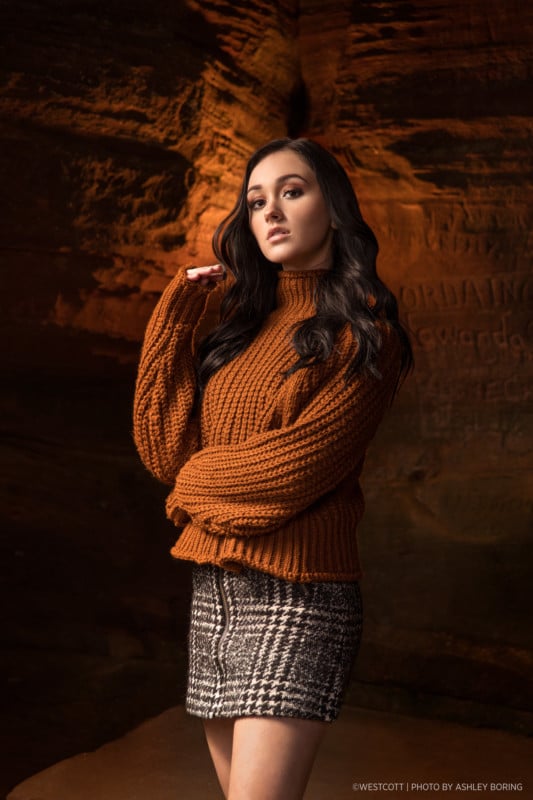 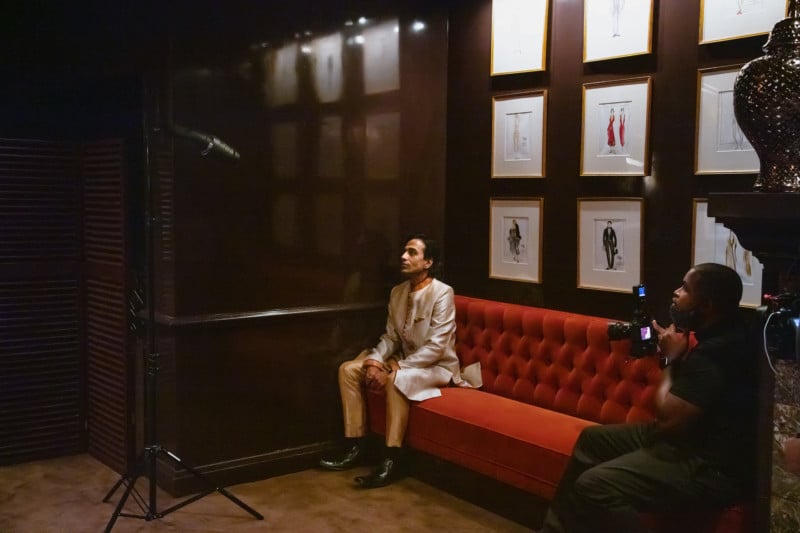 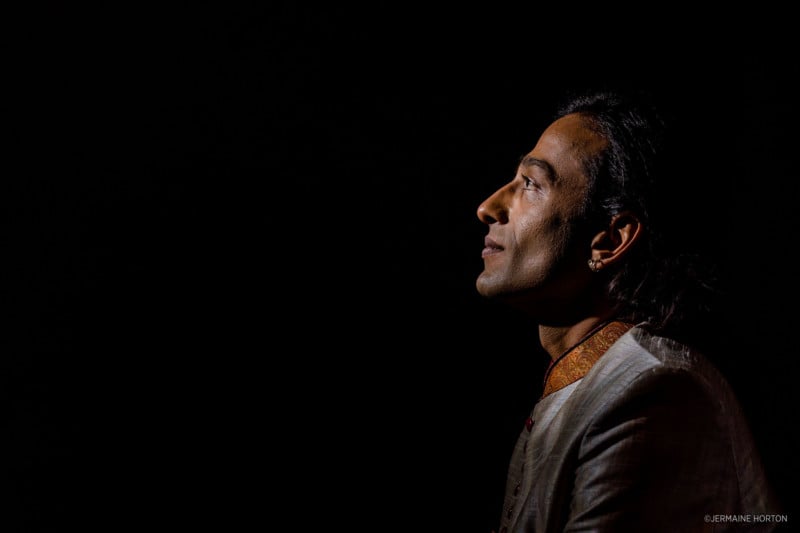 Both strobes are available now either as standalone devices or as part of various kits. You can peruse the options for the FJ80 here and the FJ200 here.

Image credits: Photos provided by Westcott and used with permission.