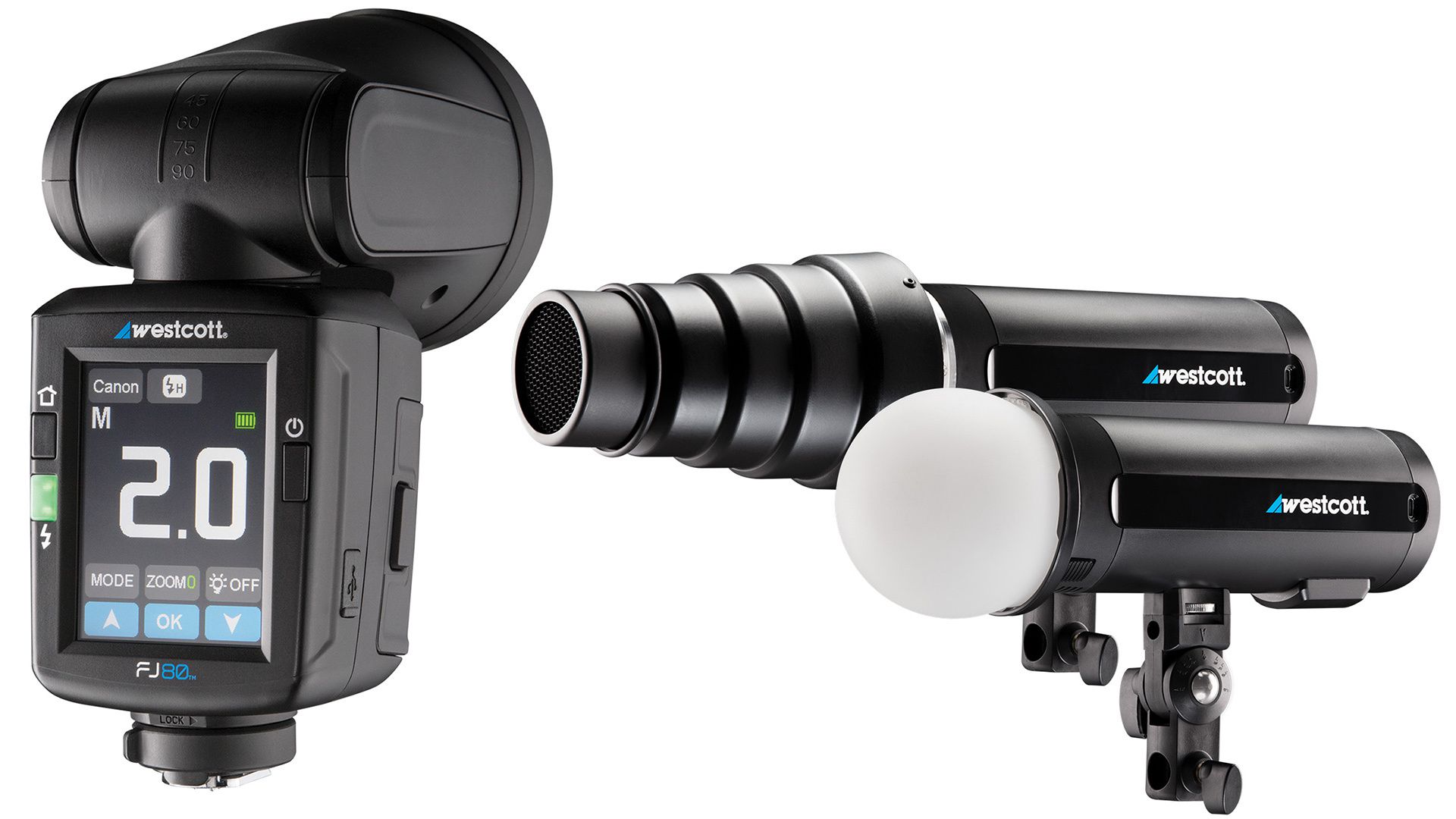 Westcott has announced their new FJ80 universal touchscreen speedlight and FJ200 200Ws lithium polymer battery-powered strobe, expanding on the FJ400 & DJ-X2m kit they introduced last year. Like a number of popular speedlights these days, the Westcott FJ80 features a round head, but the touchscreen is new – sort of.

The Westcott FJ200 boasts 0.05 to 1.3 second recycle times, HSS up to 1/8000, TTL and compatibility with just about all camera systems via its universal wireless trigger. It’s also compatible with Canon’s RT transmitter – which is quite unique amongst strobes.

The Westcott JB80 claims to be the “industry’s first round head touchscreen speedlight with an integrated radio transceiver”. Is it, though? I mean, it is and it isn’t. It is the first, but Jinbei already announced the same speedlight back in September as the Jinbei HD-2. The reported specs seem a little more optimistic in Westcott’s case, though. Of course, even if it is a rebranded Jinbei, you get the benefit of a Westcott warranty and support.

The Westcott FJ80 speedlight is available to buy now on the Westcott website for $329 and is expected to start shipping in 2-4 weeks.

The Westcott FJ200 is a lithium polymer battery-powered 200Ws strobe. It’s similar in size to the Godox AD300 Pro, although a touch narrower and a little longer, coming in at 8 x 8 x 22cm vs the AD300 Pro’s 10 x 9 x 19cm. Unlike the FJ80, this one isn’t a touchscreen UI, but offers a similar set of features. Unlike the FJ400, the FJ200 doesn’t use a Bowens modifier mount. It seems to be something proprietary. No word on whether or not there’s an adapter available for it yet, although given its dimensions, I suspect it would fit in the Godox S2 Bowens mount adapter.

The Westcott FJ200 strobe is available to buy now on the Westcott website for $399 and is also expected to start shipping in 2-4 weeks.