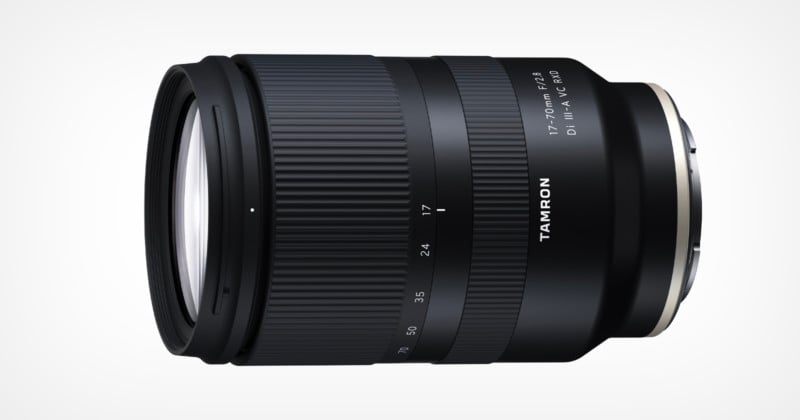 Tamron has announced a lens for E-Mount APS-C fans: the 17-70mm f/2.8 Di III-A VC RXD, a standard zoom lens with an equivalent 25.5-105mm full-frame range. That range positions it one of the most versatile zoom lenses for Sony’s APS-C E-Mount cameras.

Tamron’s latest has an optical construction of 16 elements in 12 groups, including two glass-molded aspherical elements and one hybrid aspherical element to maintain what the company promises is “high-resolution performance from edge to edge.” The lens features a moisture-resistant build, fluorine coating on the front element, and 67mm filter size which the company notes is the same as the Tamron series of lenses for full-frame mirrorless cameras.

The 17-70mm f/2.8 has a close focusing distance of 7.5 inches at 17mm, which Tamron says is superior to other similar zoom lenses on the market for APS-C cameras. When zoomed to 70mm, the focusing distance expands to a still-excellent 15.4 inches.

The “RXD” in the lens’s full name refers to Tamron’s “Rapid eXtra-silent stepping Drive” which the company claims is especially quiet and ideal for video use. It is compatible with many of the features that Sony builds into its cameras, including Fast Hybrid AF and Eye AF. No mention was made of its compatibility with Real-Time Tracking. 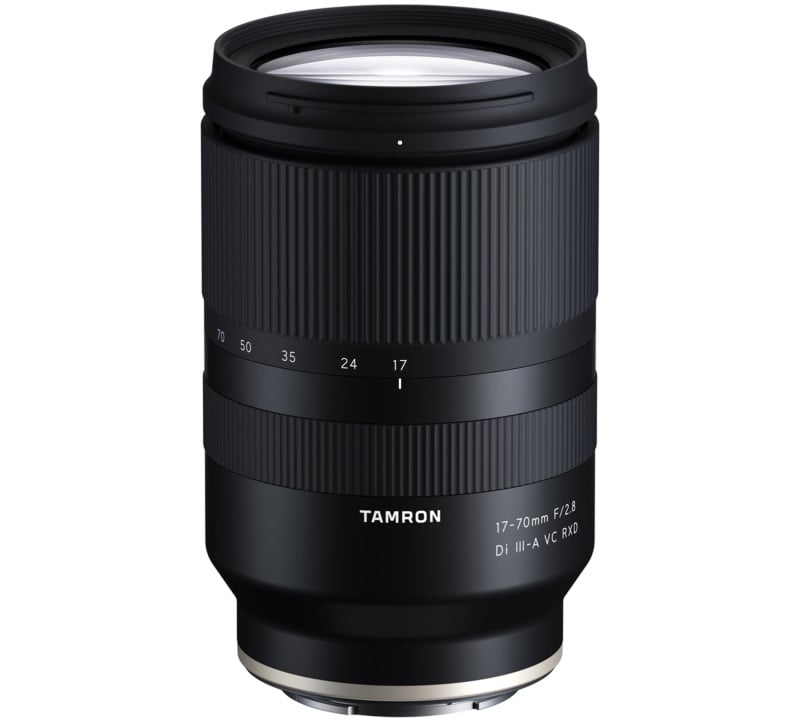 The optic also includes Tamron’s well-known proprietary in-lens stabilization system it coins Vibration Compensation (VC). Tamron says that additional sophisticated algorithms optimized for this model and a dedicated, independently operating MPU all combine to compensate for vibration. The technology promises to work with cameras with and without in-body image stabilization, and when shooting video it uses “AI technology” to further improve stabilization compared to other lenses.

What Tamron means by “AI technology” isn’t clear and what the lens does specifically in video is also not elaborated in the company’s press information.

The Tamron 17-70mm f/2.8 Di III-A VC RXD for Sony E-mount mirrorless APS-C cameras is due to be released on January 14, 2021 for $799. However, the company notes that due to the current global health crisis, the release date and/or product supply is subject to change.