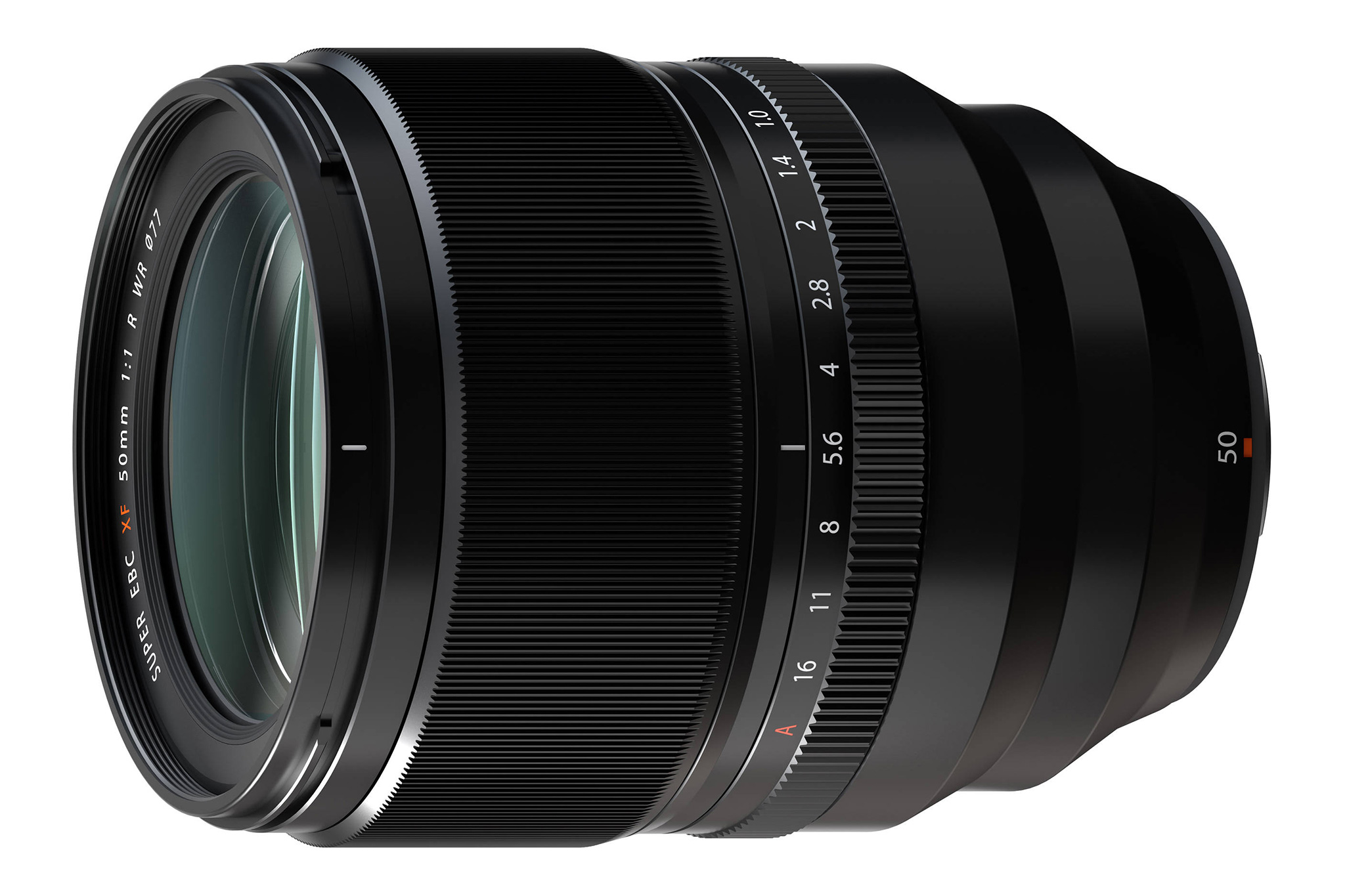 It is an exciting week for the Fujifilm fans because the company announced its fastest prime lens for the X mount – the Fuji XF f/1.0 R WR. This is a significant milestone for the company, as it is the world’s first f/1.0 mirrorless lens with autofocus capabilities.

At $1,500, it falls into more of an “exotic” territory as far as XF lenses are concerned. With the excellent XF 56mm f/1.2 R retailing for $500 less, the question you have to ask yourself is whether the extra half a stop and the added bulk plus heft are worth it. The XF 56mm f/1.2 R is not weather sealed like this f/1.0 lens, but who shoots portraits in nasty weather?

In my opinion, very few people actually need such a lens for their photography needs, but if you are a pro or an enthusiast who likes shooting portraits with a very fast telephoto lens, the Fuji XF 50mm f/1.0 R WR looks pretty incredible.

Take a look at its MTF chart:

It looks like the new XF 50mm f/1.0 R WR isn’t as sharp as its smaller cousin at its widest aperture. But I think that’s a given, considering how incredibly difficult it would have been to make a sharp f/1.0 lens. As a 75mm f/1.5 full-frame equivalent, I expect the lens to yield beautiful bokeh at its widest aperture, and it will do a nice job at isolating subjects from their backgrounds.

Below is the official press release from Fujifilm:

Introducing the world’s first F1.0 lens with Autofocus (Among interchangeable lenses for mirrorless digital camera systems as of September 3, 2020, according to Fujifilm data

“We’re really excited about the XF50mmF1.0 R WR,” said Victor Ha, senior director of marketing and product management for the Electronic Imaging Division of FUJIFILM North America Corporation. “Not only is it the fastest interchangeable lens Fujifilm has ever produced, but it’s also an incredible tool for visual storytellers to use in telling their stories because its autofocus can achieve critical focus at very shallow depth of fields.”

Achieves an Incredibly Shallow Depth-of-Field
The XF50mmF1.0 R WR consists of 12 lens elements in nine groups and also contains one aspherical element and two extra-low dispersion (ED) elements to achieve optimum control of spherical aberration. Used at or near to its maximum F1.0 aperture, XF50mmF1.0 R WR can produce an astonishingly narrow depth-of-field. Its precision-engineered, rounded diaphragm produces large, smooth bokeh for a professional look. Use this new power in selective focus to keep only the subject’s eyes in focus and to create captivating, close-up character images. “But it’s not just for portraits,” said Ha. “Take this lens out onto the street or into a lifestyle session and you’ll turn cluttered locations into clean backdrops with unrivaled subject separation.”

More Options in Low-Light Conditions
The very wide, maximum aperture on XF50mmF1.0 R WR means there are more options when it comes to making images in low-light conditions. At night, or in darkened interiors, XF50mmF1.0 R WR offers the widest apertures yet seen on an XF Lens, allowing more light to be drawn in when capturing your image. The FUJINON XF50mmF1.0 R WR lens also easily achieves fast shutter speeds that freeze movement and keep ISO settings lower for detail-rich results. Alternatively, combine high ISO settings with the F1.0 aperture for incredible versatility and use in other low-light applications like astrophotography.

World’s First F1.0 Autofocus Lens for Mirrorless Cameras
As the world’s first autofocus F1.0 lens made for any mirrorless system, including full-frame, XF50mmF1.0 R WR brings more light to the sensor than any previous XF lens, making it possible for the autofocus to operate on FUJIFILM X-Pro3 and X-T4 cameras at -7EV luminance level. Leaving behind a previous limit of -6EV luminance level with other XF lenses X Series users now have fast and precise low-light autofocus, even in near-darkness. With the added benefits of on-sensor Phase Detection Autofocus (PDAF), Face/Eye AF and a powerful DC (direct current) motor, precise and fast autofocus at shallow depths of field is now also a possibility.

120° of Precise Focus
To make the most of its super-shallow depth-of-field, focusing must be precise. As a result, XF50mmF1.0 R WR has a focus ring that has been designed to be more accurate than any previous XF Lens. This makes it possible to adjust the focus from the minimum focusing distance to infinity very precisely. For this, XF50mmF1.0 R WR uses 120° of rotation in its focusing ring to let you focus manually with minimal error – and to achieve accurate focus when using your X Series camera’s Focus Peaking and Focus Assist modes. The 120° of rotation also makes autofocus movements notably precise and deliberate, while the lens’ engineering is designed to minimize focus shift effects during image making.

Lightweight, Durable, Weather-Resistant Design
Despite being a fast, F1.0 lens, XF50mmF1.0 R WR is a lens you can use to make amazing pictures almost anywhere. Measuring 4.07in (103.5mm) long and weighing 1.86 pounds (845 grams), the lens is still quite compact and portable. Like all other weather-resistant XF Lenses, it is sealed in 11 locations to protect against moisture and dust, as well as being capable of use in temperatures down to 14°F (-10°C). When allied to a similarly specified, weather-resistant X Series mirrorless digital camera body, XF50mmF1.0 R WR lets you make unique images in the toughest environments.