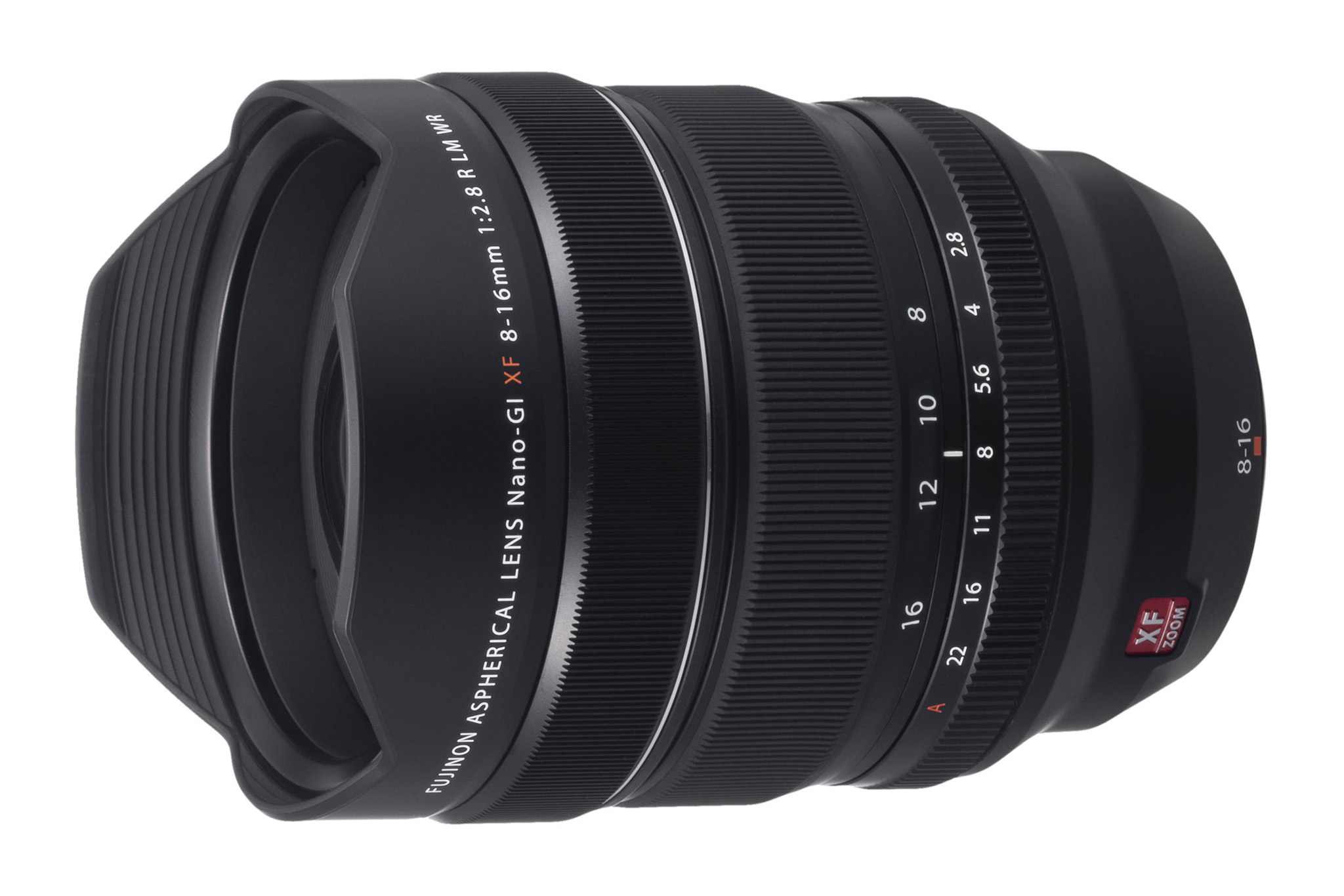 Announced in July of 2019, the Fujifilm XF 8-16mm f/2.8 R LM WR is a professional-grade ultra-wide angle zoom lens designed for landscape, architecture and environmental portrait photographers. Sporting a fast f/2.8 aperture, a metal weather-sealed body, complex optics and modern coatings, the Fuji XF 8-16mm f/2.8 R LM WR is an exceptionally well-made lens with very consistent performance characteristics. In this review, I will be taking a closer look at this lens and compare it to other Fujifilm lenses, such as the XF 14mm f/2.8 R and XF 10-24mm f/4 R OIS. 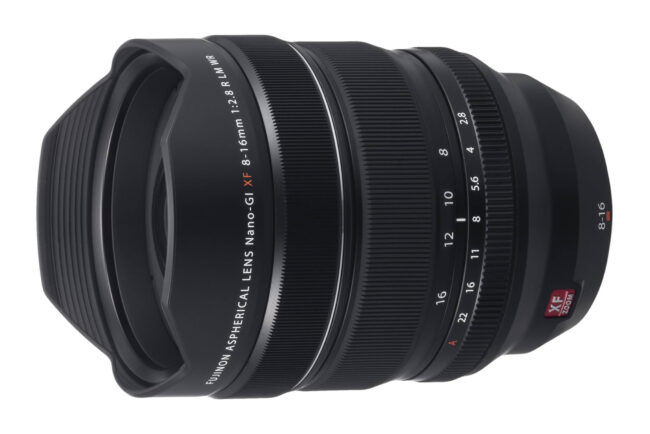 I had a chance to test the XF 8-16mm f/2.8 R LM WR for four months earlier this year when traveling internationally with the Fuji X-T30, and below are my thoughts and analysis on the lens.

As a Fuji shooter, I waited for the release of the XF 8-16mm f/2.8 with great anticipation. While I am a big fan of the Fujifilm XF 10-24mm f/4 R OIS, it has one major weakness – it is not weather-sealed. Therefore, when the XF 8-16mm f/2.8 finally came out, I thought about the opportunities this lens presented. Being 2mm wider and having a true 12mm full-frame equivalent field of view sounded quite appealing. Although I would lose quite a bit of focal length in the long-range, knowing that the 10-24mm isn’t great past 16mm wasn’t an issue either. But the presence of weather sealing was a pretty big deal, and a wider aperture of f/2.8 would make it a potentially good lens for occasion astrophotography work as well, which the 10-24mm f/4 certainly struggles with.

At the same time, the large bulbous element on the XF 8-16mm f/2.8 also meant that I would not be able to use normal filters. Having used the Nikon 14-24mm f/2.8G with the huge Wonderpana setup before, it is certainly not something I wanted to come back to, since those filters were too big and impractical to travel light with. So for me personally, being able to mount a standard filter on a wide-angle lens has been an important consideration, which is why I am a big fan of lenses like the Nikon Z 14-30mm f/4 S and Nikon Z 20mm f/1.8 S. Still, the XF 8-16mm f/2.8 R LM WR had everything else I wanted to see on a modern Fuji lens, so when the opportunity came up for another photography trip, I decided to give this lens a shot.

Optically, the XF 8-16mm f/2.8 R LM WR has a lot going for it. With a total of 20 elements in 13 groups (which include 4 aspherical, 3 extra-low dispersion, and 3 super low-dispersion elements), a 9-blade rounded diaphragm along with Fuji’s latest “Nano-GI” coating, it is one of the most complex lenses the company has released for the X system to date. When it comes to weather-sealing, the XF 8-16mm f/2.8 features an “extensive weather-sealed design” that is able to withstand cold temperatures as low as 14°F (per Fuji). So the lens is definitely designed to perform in the field.

All this obviously comes with high cost and weight disadvantages. At 805 grams, it is almost twice heavier than the XF 10-24mm f/4 R OIS. And its retail price of $2K makes it the second most expensive X-series lens after the XF 200mm f/2 R LM OIS WR, which makes it prohibitively expensive for many photographers out there.

Detailed specifications for the lens, along with MTF charts and other useful data can be found on the Fuji XF 16-55mm f/2.8 R LM WR page of our lens database.

As expected from a pro-grade lens, the Fuji XF 8-16mm f/2.8 R LM WR is built like a tank, and designed to last for many years. It has a large barrel that is made from a combination of tough plastic and metal. The rear of the lens is connected to a metal mount that is very sturdy and features a gasket to prevent dust from making it into the rear of the lens or the camera.

Being an “extensively” weather-sealed lens, the XF 8-16mm f/2.8 R LM WR has a total of 11 weather-sealed spots, 9 of which are rubber rings located in different parts of the lens, as shown below: 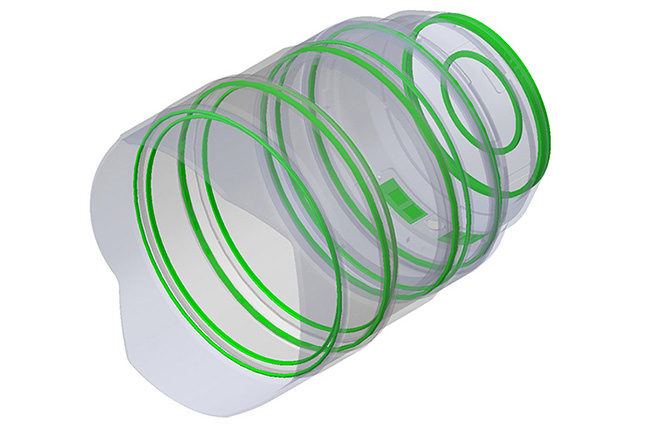 Having used the lens extensively in dusty conditions of the Middle East and rainy conditions in Colorado, I am happy to report that the weather sealing of the lens did a wonderful job in keeping any dust or moisture from getting into the lens. I inspected the lens after my travel and could not see any dust behind the front and rear elements – something that commonly happens on many other non-weather sealed Fujinon lenses.

The metal aperture ring is fairly thin as on other Fuji X lenses and has aperture markings from f/2.8 to f/22, as well as “A” (Auto). The rubber zoom ring has markings at 8mm, 10mm, 12mm, and 16mm focal lengths. When zooming in from 8mm to 16mm, the lens does not change in size, although the front element does. The zoom ring is smooth to rotate, and it comes to a hard stop at either end of the zoom range. Similar to the aperture ring, the focus ring is made out of metal. Since the lens features a linear “focus-by-wire” motor, it does not come to a stop when rotating it.

There are no switches on the side of the lens, but there is a distinct square red label that says “XF Zoom” on it. The XF 8-16mm f/2.8 R LM WR comes with a large FCLP-8-16 front cap that attaches to the sides of the built-in plastic petal-shaped hood. Due to the bulbous nature of the front element, it is impossible to mount front filters on the lens. There is no pocket for a rear filter either, so the only option to mount filters is to use a third-party filter holder.

My sample was made in Japan, as marked both on the original box, as well as the lens itself.

The lens handles a bit awkwardly on such lightweight camera bodies as the Fuji X-T30, as the setup feels very front-heavy. With its heavy footprint of 805 grams, it is better suited on cameras like the Fuji X-H1, or the X-T4 with a battery grip. I personally found its weight to be an issue when traveling, especially when compared to the 10-24mm f/4 R OIS. But considering its weather-sealing properties and reliability, I wouldn’t hesitate to take it with me if I knew that the shooting conditions are going to be tough.

Thanks to the high-performance linear motor employed on the XF 8-16mm f/2.8 R LM WR, the autofocus performance is very fast and quiet. No matter what focal length I chose, the lens snapped into focus instantly, and I have not seen any issues with focus accuracy. In low-light situations, achieving perfect focus can get a bit tricky, but zooming in to 100% view on the LCD / EVF and adjusting the focus ring manually can help quite a bit in the field.

I went through hundreds of images that I captured with the XF 8-16mm and I did not see a single image that appeared blurry due to missed focus. Keep in mind that at 8mm f/2.8, the hyperfocal distance is at a little over a meter, so the autofocus system does not have to work extra hard. Unless your subject is very close and you are shooting on the long end of the zoom range, it is often going to be at the infinity mark.