FeiyuTech has been making affordable, compact gimbals for years now, and the company’s latest promises many of the notable features found on DJI’s recently-announced RSC 2 compact gimbal for less than half the price.

The FeiyuTech AK2000C lists a host of top-tier, premium features without a premium price tag. The company says the AK2000C not only has a proprietary anti-shake algorithm, but also a touchscreen OLED that controls several motion functions as well as camera control, and seven hours of battery life.

The AK2000C integrates FeiyuTech’s W7 precision control algorithm, which it says is “industry-leading” and “quickly offsets picture flutter” for “a guaranteed stable and smooth performance.

It doesn’t quite stack up to the DJI RSC 2 when it comes to load capacity, as the AK2000C only offers “almost” 5 pounds (2.2 kg) of camera and lens. That said, it should be more than enough for most mirrorless and DSLR combinations. The RSC 2 can hold up to 6.6 pounds. 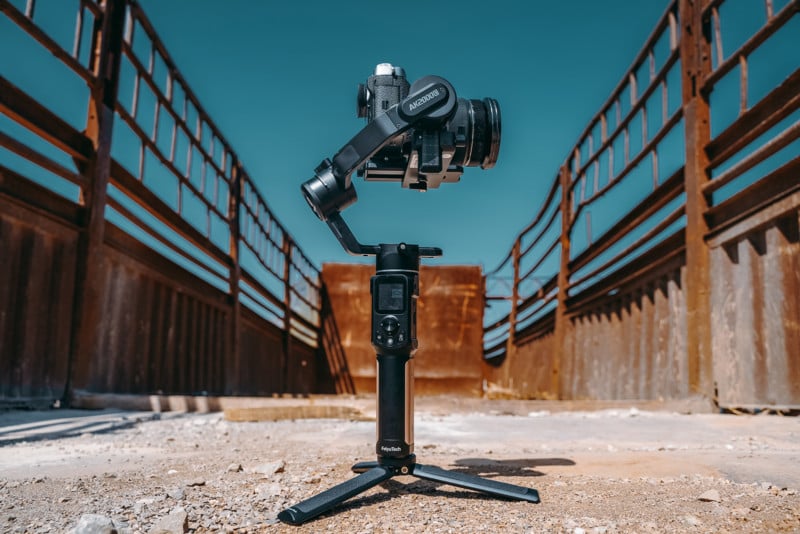 The AK2000C gimbal has a seven-hour battery, can be fully charged within one hour, and also supports charging while in use. The boost charging is impressive and may make up for it lasting seven hours less than the RSC 2’s fully-charged battery.

Much like the RSC 2, the AK2000C features a touchscreen for accessing the different modes. The AK2000C goes one step further, though, by offering direct control of some camera functions like white balance, ISO, and exposure compensation. FeiyuTech mentions specifically the Sony a7 series, Fujifilm X-T3, Nikon Z7 and D7500, and Canon EOS R and a few DSLRs as supported for this feature, and only a few lenses from each company. You can peruse the current list here, and Feiyutech says support will “be updated continuously.” FeiyuTech equipped the AK2000C with several capture modes, including a 360 degree pan to capture an entire scene, timelapse functionality, selfie mode, one-touch portrait mode, and what it calls “Inception Mode.” Inception Mode is a barrel-roll feature that DJI calls the Roll 360, so it’s nice to see that as far as modes go, FeiyuTech almost all the special features that DJI does (with the exception of a panorama photo stitch feature).

The FeiyuTech does fold down to a compact 8.1 inches by 13.6 inches, which is just a bit larger than the folded size of the RSC 2, which DJI was quoted as saying came in at the same dimensions as a sheet of A5 legal paper. 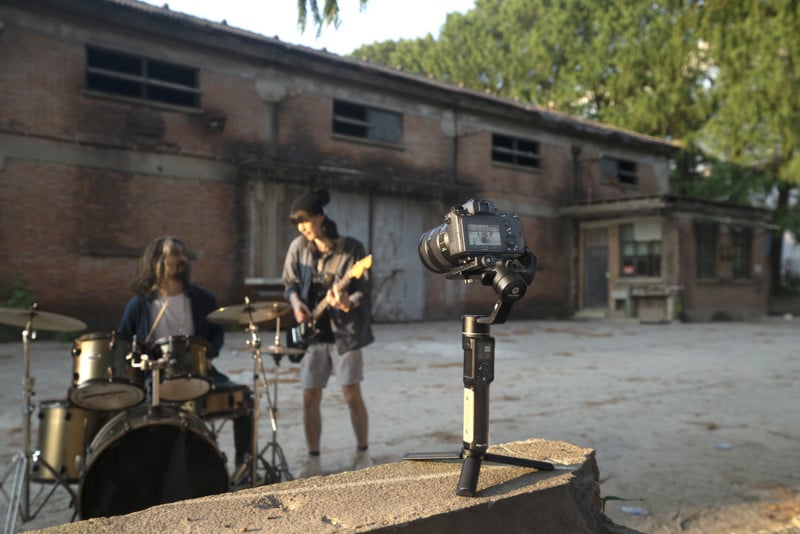 The AK2000C is made of lightweight aluminum alloy, features a 3-axis lock, and a quick-release fold. As for design, the company pointed out the “sleek pearl wood handle.”

For less than half the price of the DJI RSC 2, you get about as many features as most creators want. Though several of the notable features aren’t quite up to the top-tier standard DJI has in place, they may come close enough to give the robotics giant a run for its money. 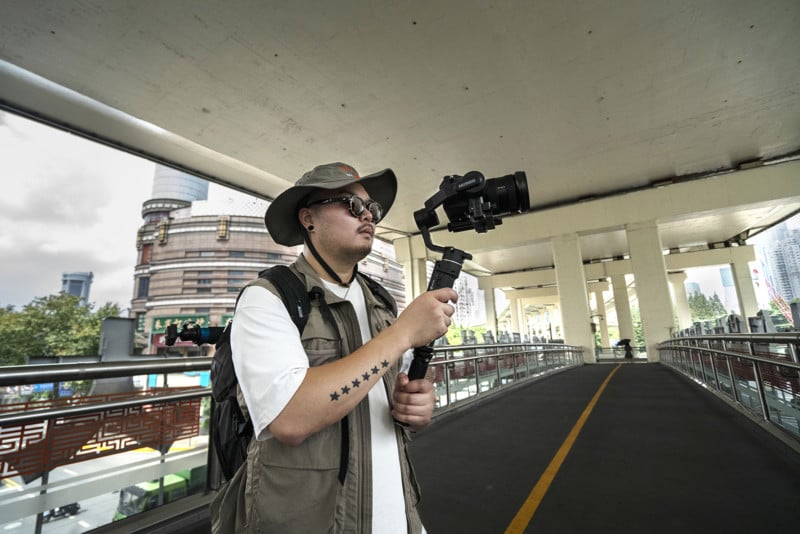 You can learn more about the FeiyuTech AK2000C on the company’s website.