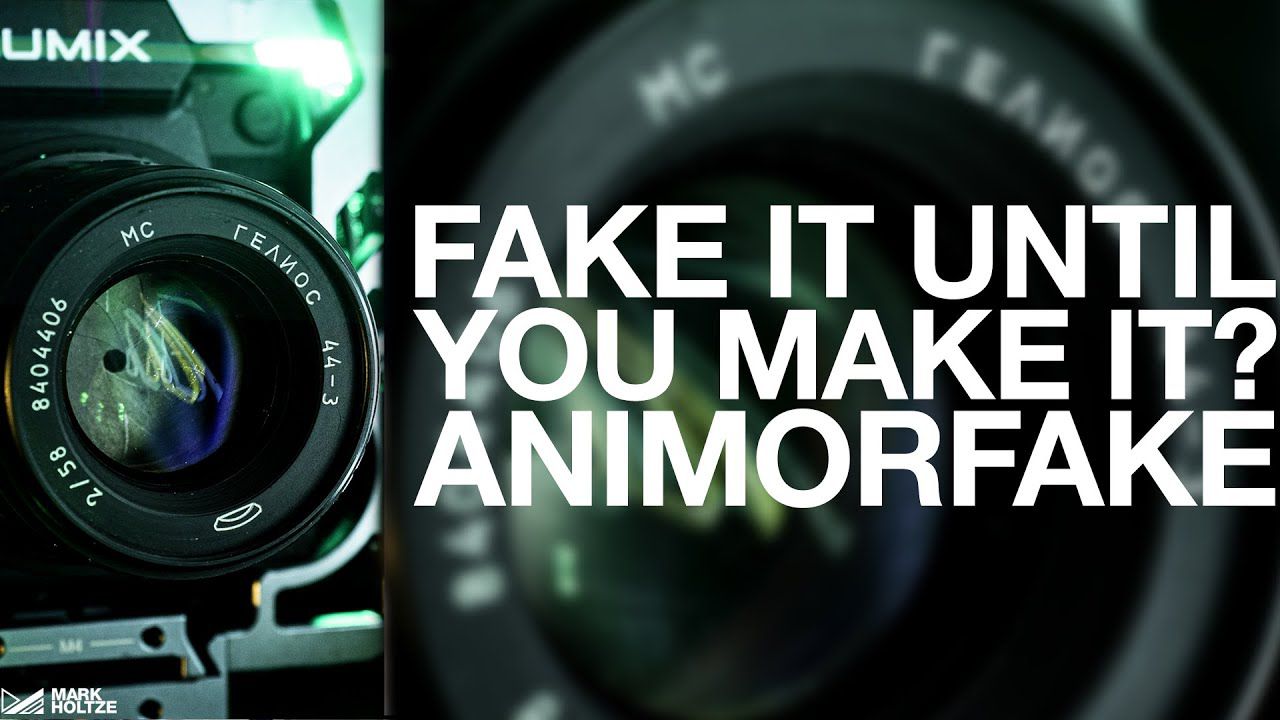 The anamorphic look comes with a price, even if you buy an anamorphic lens that’s considered affordable. So if you’re on a tight budget, you can (anamor)fake it ‘til you make it. In this video, Mark Holtze will show you how to achieve the anamorphic look with a $35 vintage Helios lens.

Mark uses three Helios lenses to compare their flare and bokeh. The first one is the Helios 44M 58mm f/2, a pretty common and easily found Soviet lens, and one I personally love very much. When filming with it, you’ll notice that the bokeh is spherical and that there’s no horizontal flare characteristic of anamorphic lenses. This is when some simple modifications come to the scene.

Another lens Mark tests is the Helios 44-2 with anamorphic bokeh mod. When wide open, this lens will produce oval bokeh which very much resembles the one produced by real anamorphic lenses. But as you stop it down, the aperture blades cover the mod and you’ll get spherical bokeh balls again.

The third lens Mark uses is the Helios 44-3 modified to produce oval bokeh and horizontal flare. Modifying this lens is relatively simple, and you can easily do it at home. You’ll need a little bit of clear plastic, a fishing line, and a Sharpie. Mark followed Tito Ferradans’ modifying process, and you can see it here if you want to give it a go. Basically, you’ll insert the oval bokeh mod inside the lens, which will also have a piece of colored fishing line in the middle. You can also add the fishing line on the outside of the lens, which is a great idea for shooting on your phone.

When you modify the lens like this, you’ll get both oval bokeh and horizontal flare characteristic of anamorphic lenses. However, there will be a line visible in the bokeh, caused by the fishing line. It’s not always obvious, which is a good thing, but it’s always there.

I believe that modifying a vintage lens can’t recreate the anamorphic look completely. After all, if it could, there would be no need for anamorphic lenses. However, I guess that you can get pretty close to it, and mods like this are a great choice if you’re shooting on a budget. So I encourage you to give it a go and add a different look to your videos.

[ANAMORFAKE It with a $35 Vintage Lens Helios? via FStoppers]