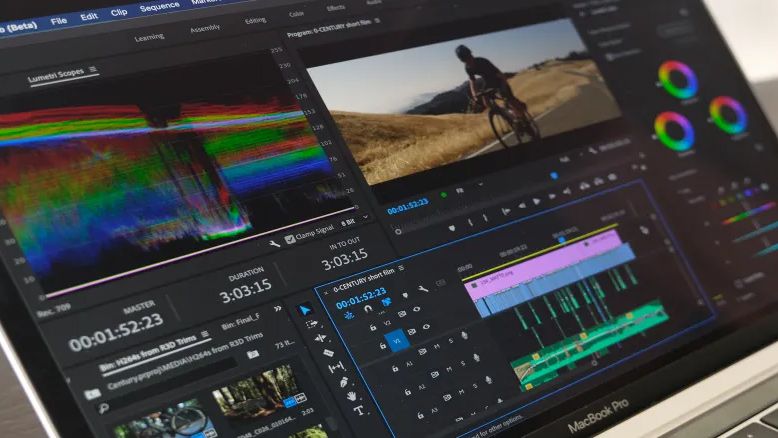 Adobe has launched new beta versions of Premiere Pro, Premiere Rush and Audition designed specifically for the Apple M1 ARM-based chipsets. Remember, they are beta versions, so not everything is fully working yet, but the new Adobe updates are designed to take advantage of the improved performance and energy efficiency that Apple’s new M1 systems offer.

As with Photoshop, these are large applications that are going to take a lot of re-writing to be able to take full advantage of the M1 chipset. But Adobe doesn’t seem to be hanging about with M1 support, having also recently released the first final version of Lightroom for the M1.

Adobe says that the M1 Premiere Pro beta includes the core editing functions along with support for the most widely used codecs, including H.264, HEVC (H.265) and ProRes. The development is taking a “phased approach”, allowing them to validate the performance of each part of the application as they add it before moving onto the next.

Users should note that the Premiere Pro Beta for Apple M1 incorporates the latest builds of our new captions workflow, which requires a project file format upgrade. We recommend creating a copy of current projects for Beta testing to avoid compatibility issues for any ongoing production work.

Their cut-down video editor, Adobe Premiere Rush also includes all the core editing functions and support for H.264 video. It has the ability to add titles and audio from Rush’s built-in libraries and allow project creation and local export to Apple M1 devices. Further format support, as well as project syncing between devices and exporting to social media, will be coming in future builds.

As well as the video side of things, Adobe’s focusing on audio, too, with a new M1 version of Adobe Audition. They say it’s already showing some performance benefits for many audio effects, and better real-time performance for the spectral frequency editor (Yay!). It already includes many of the existing audio editing features we’re used to with Audition, but it still doesn’t support video playback, extension panels and some third-party formats and integrations.

The new beta versions can be installed directly from the Creative Cloud Desktop application but again, remember, these are beta versions. If you’re relying on this software for client work, make sure you’ve got a stable version installed, too!

You can find out more on the Adobe blog.

How to photograph architecture: The complete guide
Nine must-have tips for better winter photography
Building age diversity in your commercial photography
The ultimate guide to self-portrait photography
The Story Behind the Incredible Photo of a Crow Riding an Eagle