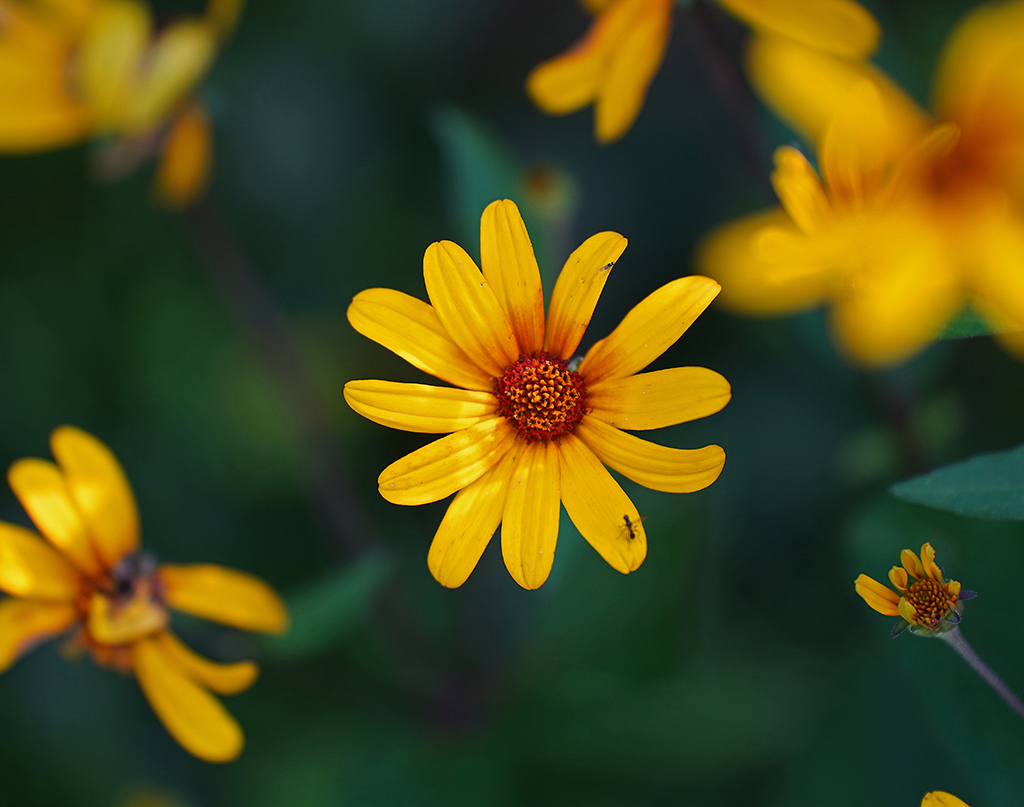 How do they perform? I had a chance to test these lenses this past summer in the Catskills in upstate New York, and they were both excellent telephoto zooms and a good value. Tamron calls the 70-180 F/2.8 Di III VXD the “lightest and most compact” lens in its class, and it isn’t joking around. The lens is 5.9 inches long, 3.2 inches in diameter and weighs 28.5 ounces, surprisingly small and light for a 70-180mm lens that can maintain its maximum ƒ/2.8 aperture through the entire zoom range. The filter size is 67mm, which is the same on all of Tamron’s E-mount lenses, convenient if you want to purchase more than one Di III lens.

During my testing, I paired both the 70-180 F/2.8 Di III VXD and the 28-200mm F/2.8-5.6 Di III RXD with the Sony a7 III, which is Sony’s smallest and most affordable full frame E-mount camera. It was a great match, and I’m guessing there will be quite a few a7 III owners considering adding these two Tamron tele-zooms to their camera bags.

With roughly the 70-200mm range that’s a popular one for nature work, the Tamron 70-180 F/2.8 Di III VXD was especially useful for capturing close-ups of wildflowers. This is partly because the lens’s MOD (Minimum Object Distance) is 33.5 inches throughout the entire zoom range, which is quite close for a large-aperture telephoto zoom lens at the long end of the range. (At 70mm, it’s possible to shoot as close as 10.6 inches manually but with some decrease in image quality in the peripheral areas.) The lens’ constant ƒ/2.8 aperture also helped me blur out the backgrounds of my close-up flower shots to draw more attention to the subject. Like the Tamron 28-200mm F/2.8-5.6 Di III RXD, the 70-180 F/2.8 Di III VXD does not have Tamron’s Vibration Compensation (VC) image stabilizer built into the lens. There’s a good reason for that. It allows the Tamron zooms to be smaller, lighter and cheaper by making use of Sony’s in-body image stabilization in its full frame mirrorless cameras to keep things stable. I generally find that lenses with built-in stabilization perform better than relying on in-camera stabilization, but the Sony a7 III’s system did a fairly decent job of counteracting handshake with both Tamron lenses, even when they were zoomed to their tele extremes.

The 70-180 F/2.8 Di III VXD features Tamron’s first-ever linear motor AF drive focus mechanism, dubbed VXD for Voice-coil eXtreme-torque Drive. It’s the company’s fastest AF system yet and accurate down to 0.0002 inches (0.005mm), which is less than one-tenth the width of a human hair. The floating AF system uses twin VXD units designed to produce crisp images across the focal range while reducing the size and weight of the lens. The result in my testing was quick, quiet and accurate AF that makes the lens capable not just for landscape work but for shooting action subjects like wildlife and sports as well.

Other features that make this a solid outdoor lens option include its moisture-resistant construction to protect against inclement weather and the fluorine coating on the front lens element that repels oily fingerprints and makes it easier to clean. I also liked the zoom lock switch to prevent the barrel from extending while carting it around. While I enjoyed shooting with the 70-180mm F/2.8, I found myself reaching for the Tamron 28-200mm F/2.8-5.6 Di III RXD much more often during my testing. This lens is just extremely versatile, with a wide focal range that helped me capture everything from lake scenes to zoomed-in shots of wildlife. I could also see the Tamron 28-200mm being a great all-in-one travel lens—you’re set for almost any photo op.

In terms of size and weight, the 28-200mm F/2.8-5.6 Di III RXD is extremely portable at 2.9 inches in diameter and 4.6 inches in length and weighing in at just 20.3 ounces. Like the 70-180mm, this lens also paired well with the Sony a7 III, and I felt comfortable shooting this combo all day. While there’s a zoom lock switch on the lens, I experienced no zoom creep while holding it by my side during walks through the woods. Also like the 70-180mm, the 28-200mm lens has a 67mm filter diameter, a moisture-resistant build and fluorine coating on the front lens element. The AF drive in the 28-200mm uses a sensor to detect the position of the lens, while its RXD (Rapid eXtra-silent stepping Drive) motor locks in on the target quietly and quickly. I found the lens’s AF to be responsive and nearly silent.

Image quality wasn’t quite on the level of the pricier 70-180mm, but it was still quite good. The 28-200mm F/2.8-5.6 Di III RXD is built with 18 lens elements in 14 groups, including an array of special lens elements that includes GM, hybrid aspherical, XLD and LD glass. It also has BBAR coating to reduce ghosting and flare. My photos looked sharp, even in the edges of landscapes captured at 28mm. Though it doesn’t have the resolving power of the 70-180mm lens, there was plenty of detail in my 28-200mm shots. In particular, my photos of Alder Lake made gorgeous 13-inch prints when output on an Epson SureColor P700 printer. On the other hand, I did notice instances of purple fringing (chromatic aberrations) in photos with high contrast areas, such as dark branches against a white sky.

Overall, though, the Tamron 28-200mm F/2.8-5.6 Di III RXD is one of the best all-in-one zoom lenses I’ve ever tested. Sony mirrorless camera owners should seriously consider adding this multi-functional super-zoomer to their photo bags.