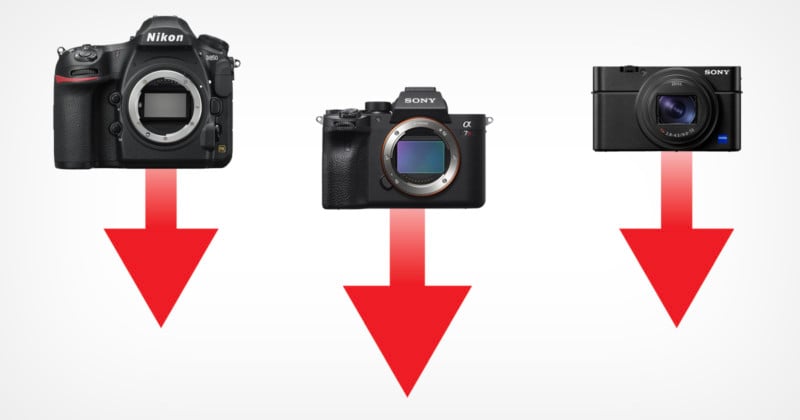 The Camera and Imaging Products Association in Japan, otherwise known as CIPA, has published global camera and lens production data through September of this year, and the results show that the industry clearly has taken a hit from the global coronavirus pandemic.

CIPA publishes both the volume of units sold as well as the shipped value of those units for a number of categories, all of which saw a dramatic decrease over the same period in 2019.

Below you can see the chart of all worldwide shipments of digital interchangeable-lens cameras this year compared to the previous two years: 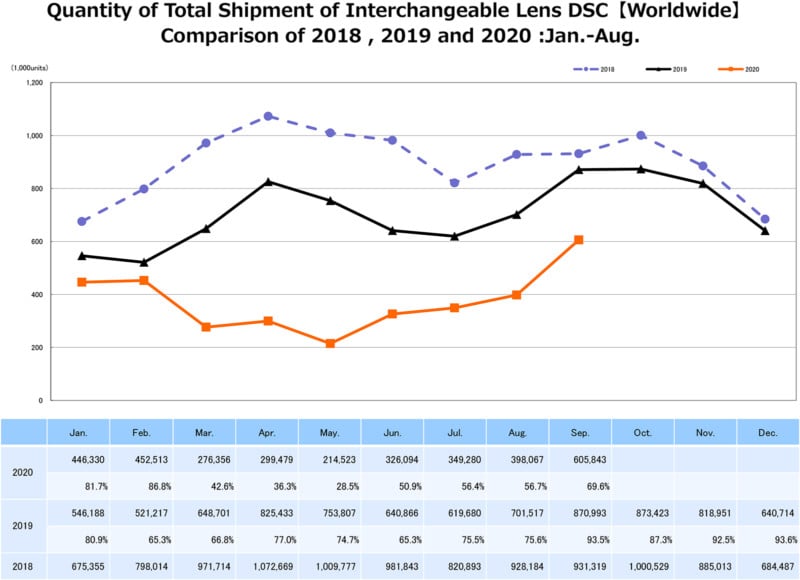 And this last chart illustrates the fixed-lens market sales shipments compared to the last two years: 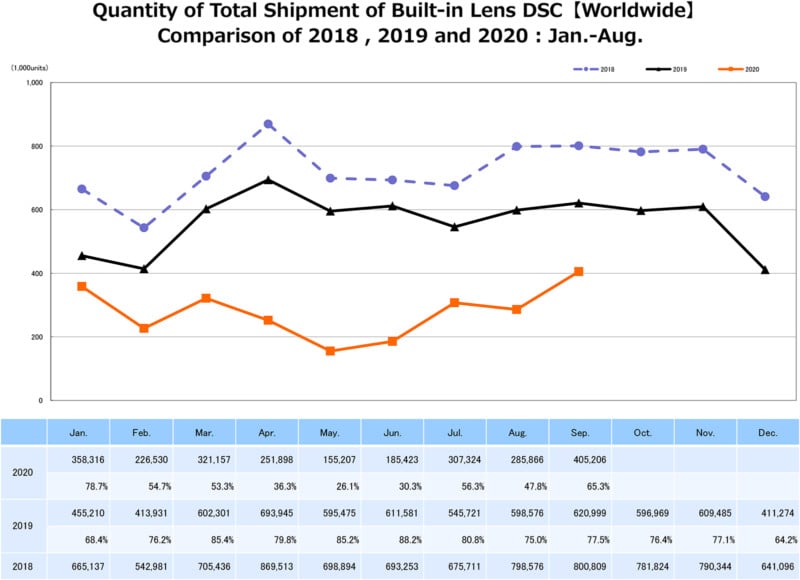 It will likely take some time for camera and lens manufacturers to recoup the losses experience during the first two-thirds of 2020, but with sales trending up they are probably feeling optimistic. If you’re interested in more granular information from CIPA, you can download all the organization’s data for this year here.